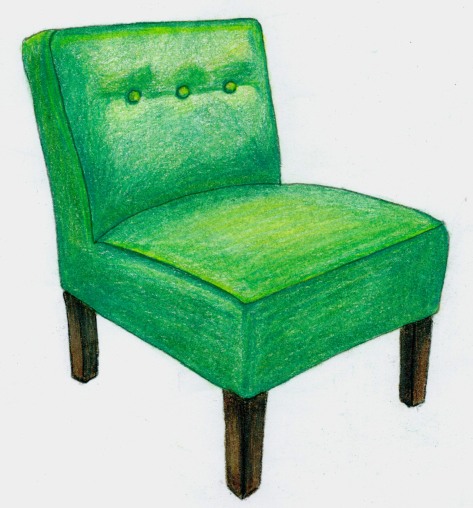 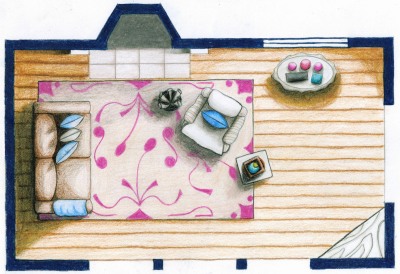 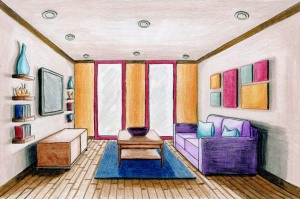 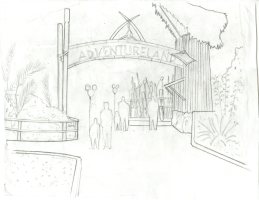 Project: Pick a song and storyboard a music video. I chose Wolfsheim’s “Heroin, She Said“.

Below is a small excerpt from the song. The narrative is about a young women who is addicted to heroin and is living on the street. The singer comes across her one day and listens to her plea for help. He pities her and tries to reassure her that everything will be alright even though he knows she is trapped in her addiction. During a musical interlude between verses I envisioned and drew a storyboard of what a day in her life  might be like–in this scene she steals a little porcelain figure similar to one she had as a child. 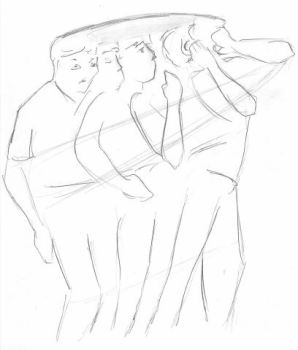 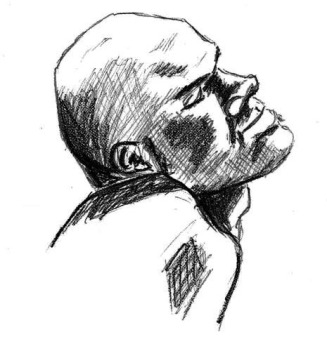 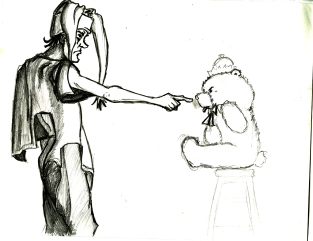 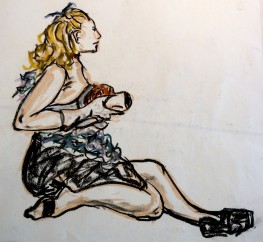 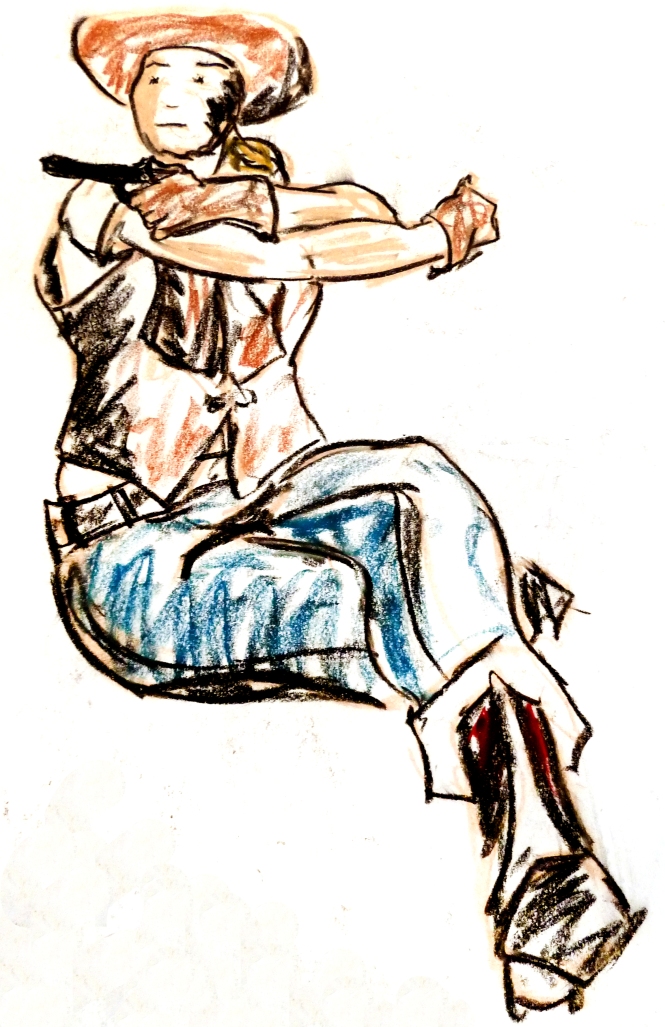